Attention!
Because of the Corona crisis we are unfortunately not able to ship our goods to all countries at the moment !
Please check before ordering, if deliveries from Germany are possible in your country at the moment!
Sail winches have arrived!
NEW sail winch SW22HV,
digital, 24kg, 7 turns, 5-8,4V 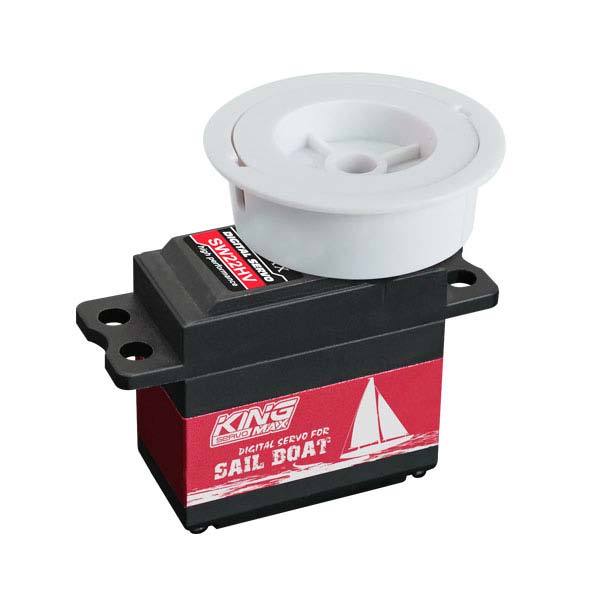 Now even more 3D printed parts in the Littorina

We are currently developing a new control system for Voith Schneider Propellers with modern functions.

functions:
Position hold (dynamic positioning)
Heading hold (hold course)
Stabilized mode/ Anti-rolling (optional with VSP drive)
Ring limiter for 2VSP
The functions are selected with the Prop Channel 5
A remote control with 6 channels is required
Configuration also possible via Bluetooth
The GPS antenna is available separately
subject to modifications
The mono or duo ring limiters in their previous form can no longer be produced.

The VSP Ring-Limiter for two VSPs (eg Edda Flora, Thyssen II, Velox, Parat etc.) is connected directly between the respective two receiver outputs and the corresponding servos and limits all four servos in pairs interdependently so that the circular Voith -Schneider propulsion characteristic is mechanically not exceeded. This ensures that no damage to the servos or to the VSPs is possible and the control is 'round' and sensitive.

The Ring-Limiter is not only a pruning of large servo travels, as it is  known from insert scenes on the transmitter stick, but the two signals are continuously converted from a rectangular or square stick area on an elliptical or circular motion picture.

The individual maximum deflections of the servos is to programming in the transmitter.
The ring-limiter can be used for all Voith-Schneider-Propellers. It is compatible with all RC systems