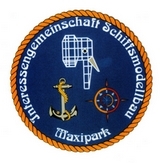 We will be there with our sales mobile

Product search
current information
Attention!
Due to our participation at the Schaufahren in Hamm, shipping is not possible from 03.-10.August.
Orders received in the meantime will be shipped from 11.08.2022.

About sales tax on items that are sold by bauer-modelle.de

Attention!
Because of the Corona crisis we are unfortunately not able to ship our goods to all countries at the moment !
Please check before ordering, if deliveries from Germany are possible in your country at the moment!
Now even more 3D printed parts in the Littorina

This sheet with draft marks are printed in black.
Only one scale is included.

The correct scale is written on the decor. The picture is an example.

We have spent a long time with the legal basics and have calculated the heights of the lines/brands on different examples.  Our load and draught marks correspond to the regulations of the Germanischer Lloyd's in the version of building regulations & guidelines 2007. The signs, lines and symbols were constructed in CAD according to the specifications of the GL and then scaled to different scales.
M1:20, 1:25, 1:32, 1:50, 1:75, 1:100
In the area of the protrusion we have drawn different variants.
60° protrusion on both sides in m,
60°prolapse on both sides in dm,
60° right foot protrusion
or
vertical on both sides in m and dm.
The draught marks represented in Arabic numerals correspond to metric dimensions (dm, m)
The draught marks represented in Roman numerals correspond to the imperial measure, English foot.

If your ship is not intended for timber loading, please cut off the part of the decoration beforehand. The white line drawn above the circle is placed at deck height.
The circle, the lines and the letters should be painted white or yellow on a dark background or black on a light background. They are to be carefully and permanently attached to both sides of the ship.
For ships with limited cruising range, the seasonal loading marks, e.g. for tropical and winter North Atlantic voyages, are omitted, depending on the cruising range. Ships over 100 m in length do not receive a WNA mark.
For these vessels, the WNA freeboard is the same as the winter freeboard and the LWNA mark must be placed on the same level as the W mark.

Ahming, draft mark
The actual draft of a ship can be read by Ahmings.
Ahmings are draft marks, which are attached to the bow and stern of a seagoing vessel and sometimes also amidships. The draft is calculated from the lower edge of the keel upwards and is given in decimeters or English feet. Sometimes both are parallel, in decimeters on one side, usually on the left, and in English feet on the other side, usually on the right of the ship.
The draft marks are often placed from 2m above the base due to the ridges on the bottom of the ship.

We have not found a standard for the symbols bead bow or aileron. According to our research the sizes vary a lot. Depending on the size of the ship, they are individually manufactured and welded on. Which symbols you use, please compare with pictures or the construction plan of your "dream ship".
The symbols TUG and ICE correspond to the specifications of GL. Please refer to your construction documents for information on where they are to be affixed.

There are currently 9 classification societies worldwide.
We have chosen 4 different ones, NV, LR, GL. and think that a large part of the built ship models are models of original ships, which are marked with these ahmings. DSRK, is the former GDR classification society. It was taken over by GL in the early 90s.

The numbers/letters are printed on a previously applied highly active adhesive. A transfer foil is applied for protection and transfer.

This article is only produced for Bauer models